ATTENTION: If you’d like to keep following me, my official website has been moved to https://vmjaskiernia.com/ – whether or not I keep this as a less official blog is still up for debate. Thoughts?

I’ve been working on maps all day long! And now you get some pictures, worldbuilding, and other random information about how I spend my days.

As we know, fantasy maps are a large part of the genre. Any even slightly-epic story will have one, and while not many people really go and look at it, there are the geeks who double-check it for accuracy at every mention of location. If the story becomes popular enough the map will be seen a fair amount more. Even if you aren’t a really hardcore fantasy fan you know what Middle Earth looks like, and probably Westeros as well. You might even know how the Four Nations from Avatar and Korra are situated.

When reading I don’t look at the map that often myself. But later, when reading up on the world, about the author, the more meta side of the story I delight in having detailed maps. It makes the world so much more real.

You can see where this is going 🙂

My first attempts at making a map were terrible MS Paint scribbles. Just the basics, so I could see which part of the world held what continent and that’s about it. But that wasn’t enough for me. I’d go on to make a calendar and work out the daily times of sunrise, moonrise, sunset and moonset. Plus the seasons, the ‘real seasons’ the fae-seasons, the moon phases, how these all differ between hemispheres.. etc.

So a bullshit MS paint map wasn’t going to cut it.

I’ve used a few programs over the years to make up for my lack of drawing skills. ProFantasy’s Fractal Terrains 3 (https://secure.profantasy.com/products/ft.asp) was my main ‘this is a map now’ program. I typed in some numbers and variations, hit go, and a world popped up. I clicked through a few until I found one that felt like Noctuina to me.

Then I had the problem of adding things like borders, roads, names. Moving it over to photoshop would be good, but to do that I had to export the file. As a single file it wasn’t as big as I wanted (I was originally going to have a pixel-to-feet conversion of some sort, but that proved way too daunting and silly) so I exported it in as many files as possible, in as big a setting as possible.

I made a huuuuge photoshop file and start moving over each piece. But I noticed that they aren’t seamlessly connecting, and are leaving white boxes around each bit. I couldn’t just fill it with blue, some of it cut through land, and picking through such a file would be a pain…

Now at this point I knew Noctuina had magical realms that had their own borders different than kingdoms and countries, but I had not worked out how I would decide what realm was where. Having 256 perfect rectangles that made up my entire world seemed as good a place as any to place the magical borders. Given that it is a globe, there would realistically be distortion, and the lines wouldn’t be hard edges (in most places). Walking past the point won’t usually change the magic of the realm as if you’d hit the edge of a green lawn and walked into a snow-covered one. (Though now that is being planned between some realms).

It was only after I’d come up with this genius idea that I realized when I hit save in photoshop, the thin white lines disappeared. Too late! I kept the files separate, with one ‘whole map’ picture of the same size as the pieces.

Since then I’ve mostly worked on bits of the map at a time, deciding which realm went where, but today I was started working in more detail on Clandestina. There are towns, duchies, and various other things mentioned in Delphinium, and while I had a vague idea, an actual map would be helpful.

Clandestina is the realm in which The Larkspur Series takes place. The kingdom that roi Edgard and reine Joséphine control is called Triumphe. It consists of 4 duchies, each named/themed after a suit of French playing cards. Cœurs (Hearts), Carreaux (Diamonds), Trèfles (Clubs), and Piques (Spades). There are other sections in each duchy that correspond to suits used by other countries. Elizabeth is from Eichel (Acorns), a German suit used in place of Clubs. You meet the Margrave of Bastoni briefly in the opening scene- Bastoni being the Italian suit Clubs.

There is land in Clandestina that is not part of Triumphe. These are more wild lands, with far more of the Fée living in the main plane of existence.

Anyway, pictures! Here’s Clandestina, with the borders of the duchies sorted out and named. Below that is a further away view of more of the realms and land. It is not the full map, that is 16 by 16 ‘realms.’ 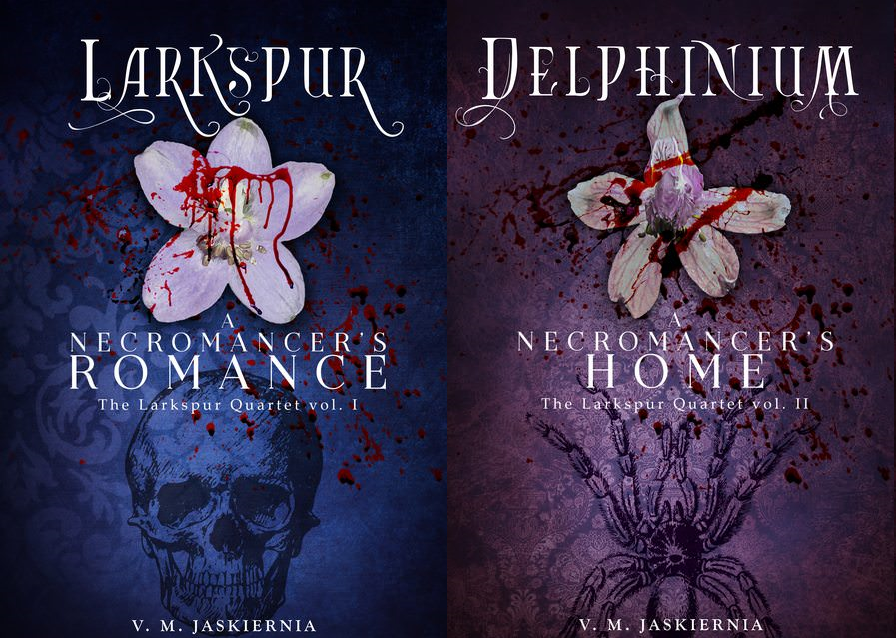